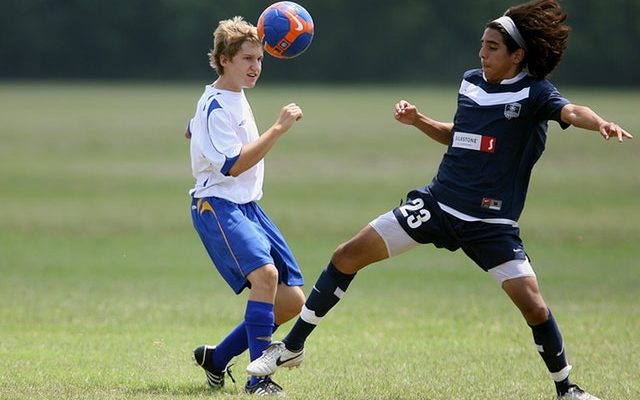 He brought Boston some of its biggest sports icons. He made some shrewd trades and revitalized the careers of several players on the scrap heap. He also helped bring a World Series Championship to the Red Sox. No, we’re not talking about Theo Epstein, but rather former Red Sox General Manager Duquette Sports Initiative.

By now, everyone knows what a fantastic job Epstein has done with the Red Sox. But in the post-euphoria of the World Series victory, you don’t hear many Bostonians praising the job that Duquette did. Maybe it’s about time he got a pat on the back. After all, he acquired Pedro Martinez, Jason Varitek, and Derek Lowe, all in lopsided trades. He brought in Tim Wakefield for nothing, and he signed Johnny Damon and Manny Ramirez.

Duquette was fired in March 2002 by new owners and no longer has any formal connection to the team, but he displayed no bitterness towards Boston’s success without him.

“I was sitting in Busch Stadium right behind third base when they won,” Duquette said. “I’ve been going with a friend to the World Series for about the last 15 years, so it was certainly great to get a chance to see the Red Sox in there.”

Duquette also exhibited a sense of pride in how well the players that he had acquired performed in the Series.

“It was real fun watching Pedro and Derek Lowe pitch so well,” Duquette said. “Manny winning the MVP of the Series was great. Manny’s a pretty cool guy and a terrific hitter; I’m glad to see he’s doing so well. And we signed Orlando Cabrera in Montreal when I was the GM there, so it was nice to see him do well [too]. I remember talking to a scout in Montreal because we had just signed his older brother, Jolbert, and the guy said he’s got a younger brother who might be even better, and I said, ‘Okay, we’ll have to sign him too!'”

In fact, the World Series victory meant a lot to the Dalton, MA, native on a number of levels.

“How many times have we been on the verge of beating the Yankees and they go on to win the World Series? It was nice to have it the other way around and dominate the Cardinals in every facet of the game. I thought it was great personally because the Duquette family has been waiting to see this for four generations,” Duquette said. “It also felt great professionally because a number of the core players were signed or acquired in other ways under my tenure, so I have a lot of ties to this team. I also have indirect ties with people like Curt Schilling. The Yankees wanted him too, but Boston used some prospects that our administration had developed to acquire him. He turned out to be one of the heroes.”

One has to wonder if Duquette feels a bit underappreciated, considering he had so much to do with the victory. You certainly didn’t see him riding along with everyone else in the Duck Boats at the parade. Still, he didn’t go without any recognition.

“Larry Lucchino called me during the League Championship Series to thank me for the contributions I made to the team, and I saw Tom Werner at the World Series and he said congratulations to me for my contributions, so that was nice of them,” Duquette said.

Despite some clever pick-ups, Duquette’s reign wasn’t without controversy. In contrast to the current merry group of Red Sox, some of the teams in the past didn’t quite exhibit the same enthusiasm for the game. Carl Everett never gave “the Manny Ramirez finger-point” to Jose Offerman. Still, Duquette claims he did pay attention to the need for clubhouse chemistry, though he said it can be overemphasized.

“We targeted players with good makeup just like this group does, but sometimes they come here and they just have a hard time performing in this environment,” Duquette said. “From this current administration I’d say Byung-Hyun Kim might be an example of that, and from my time Carl Everett is probably an example. Clubhouse chemistry is important, but it can be overplayed because good players win, and winning is what makes people happy and what people are judged by. You have to look at it from all angles; there’s the evaluation of the player’s skills where scouting and Sabermetrics come in, there’s the economic side – how much the players is making – and there’s the player makeup, you have to look at all three.”

Despite the attachment Duquette feels toward some of his acquisitions, he doesn’t feel it is necessary for Boston to hold onto any of the free agents simply for sentimentality.

“The Red Sox are going to be a competitive team no matter what,” Duquete said. “If these free agents don’t play another game with the Red Sox that’s okay because they came here and did what they set out to accomplish. We got to see Pedro’s best years and we should be grateful. If he wants to leave I say best of luck to him because he came here and did what he set out to do.”

As for Duquette’s post-Sox agenda, the former GM has returned to his roots and is running the Duquette Sports Initiative in the Berkshires.

“We have a state-of-the-art training facility and one and two week overnight and day camps for ages 8-18,” Duquette said. “We have baseball, basketball, soccer, football, strength and condition, and sports.”

And of course, Duquette stays very close to baseball. He helps run the Berkshire Dukes of the New England Collegiate Baseball League, which had 105 players drafted or signed by the MLB last year, second only to the Cape Cod League. But after some time away from the game at the major league level, he’s starting to get the itch once again.

“This year I’m working on trying to re-affiliate with a Major League team,” he said.

There are certainly many that could use him.

Boston Globe Next Stage For Duquette