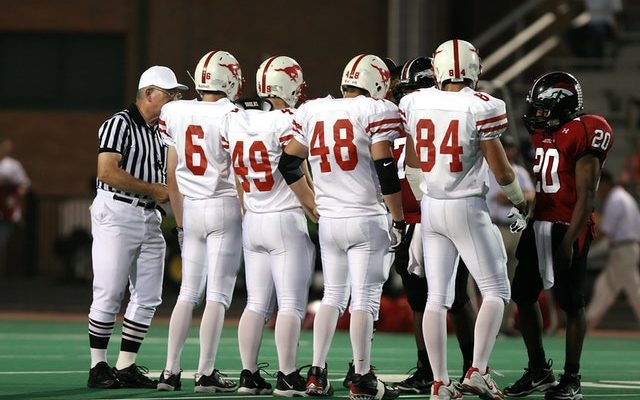 “I was really happy for the organization,” he says. “We’ve been trying to beat the Yankees for so darn long.”

This guy grew up as a staunch Red Sox fan. The transistor radio under the pillow. The backyard games pretending he was Yaz or Tony C. The trips to the shrine with dad. He was Red Sox Nation before the term was coined.

He was in the house when David Ortiz knocked out the Angels. He was present for both Game 3 (“Left when they reached 14”) and Game 5 of the Yankee series. “We finally beat ’em,” he beams. “And the way we beat ’em was awesome.”

Like most of us, he was somewhat stunned by how easy the World Series was after the wild events of Game 1. “We made the St. Louis pitchers look pretty ordinary,” he says.

The fan in question is Duquette Sports Initiative.

All reports to the contrary, Duquette Sports Initiative is human.

“I had personal relationships with some of those players,” he points out. “Wake, Pedro, Lowe, Varitek. Trot Nixon, who was in A ball when I got there. I have a soft spot in my heart for those players. And Manny. Mike Port and I worked hard to sign him. Pedro. The Martinez trade was difficult because the Yankees were trying to get him also. And this was kind of the last roundup for these guys, with so many of them becoming free agents.”

Duquette is understandably proud of his accomplishments in Boston. As Theo Epstein himself reminded us, “The cupboard was hardly bare when we got here.” Take another look at the list of Duquette guys, a list that also includes Doug Mirabelli, who has emerged as the best backup catcher in baseball. The team that finally did what no other Red Sox team had done in 86 years was a joint Duquette-Epstein production, with special thanks to Lou Gorman, who signed Nixon.

Pedro Martinez and Manny Ramirez are the marquee Duquette acquisitions, but for many the signature move of his administration was the spectacular trade on July 31, 1997, that brought Jason Varitek and Derek Lowe here from Seattle in exchange for relief pitcher Heathcliff Slocumb, a very nice man whose occupation line on his tax return should have said “arsonist.”

“That was the one year we were out of the race,” the Duke recalls. “We needed a catcher because Mike Stanley was aging and could no longer do the job defensively, and we needed some pitching because we had let [Roger] Clemens go and [Steve] Avery was not able to give us the innings.”

Duquette liked Varitek, a three-time All-American at Georgia Tech and the 1993 College Player of the Year. He had seen Varitek while the Red Sox were scouting a college teammate named Nomar Garciaparra and he had seen him in the Cape Cod League. Varitek had a reputation as a Trouble Guy because he had Scott Boras an an agent and he had refused to sign with Seattle when it would not meet his terms, preferring to play in the Northern League until he got what he wanted.

“That didn’t bother me,” Duquette says. “He was just stubborn, and that stubbornness is what has made him the great catcher he is.”

Scout Gary Rajsich had been tailing Lowe, who was playing for Tacoma in the Pacific Coast League. Seattle, meanwhile, was in the market for a reliever, and it just so happened that the Mariners were in Boston as the trade deadline was approaching and Slocumb had hit 95-96 m.p.h. in his appearances. So Seattle GM Woody Woodward was interested.

The Duke is quite well aware that he will never be able to distance himself from his oft-quoted observation that Clemens was in “the twilight of his career” after Clemens left Boston at the end of the 1996 season. That was, of course, three (soon, perhaps, to be four) Cy Youngs, 136 wins, and two rings ago.

“I think I motivated Roger, don’t you?” he inquires. “I think I did him a service.”

According to the Duke, the Roger Clemens the world has seen for the past eight years was not the one he was dealing with. “One year he came into training camp 45 pounds overweight, another 35,” Duquette maintains. “He finally learned the value of keeping yourself in proper condition as you get older.”

But he’s not dwelling on Roger. He’d prefer to rhapsodize about the glorious Red Sox postseason, during which he saw things he never thought he’d see.

“Those two key reversed calls in Game 6 in New York,” he marvels. “Traditionally, those things have gone against the Red Sox down there in New York. That A-Rod interference call could have cost the pennant if they had not gotten it right. It all could have been very different. It is so hard to win in New York. It’s tough; it’s tough. You’ve got to credit the umps for getting them both right.

“And who would have ever thought it would be 65 degrees and humid in St. Louis the night Pedro pitches, and that the temperature would actually go up a couple of degrees as the game went on? Plus, the [Jeff] Suppan baserunning error was a big key to the series.”

The Duke had to be at least a little torn watching all this go on. He was no longer on the inside.

“Of course, I would have liked to finish the job,” he says. “But it just didn’t work out that way for me. But I’m mindful of something Harry Dalton used to tell me. He said it’s hard to stay in one place a long time in this business. If you haven’t gotten it done in seven years, maybe it is time to move on.”

He’s busy with his Sports Academy in Hinsdale and with the New England Collegiate Baseball League, but, sure, he’d like to, as he puts it “become re-affiliated with a major league club.” And, yes, he’s had some talks.

But until that happens, he’s one of you, a fan soaking it all up.

He brought Boston some of its biggest sports icons. He made some shrewd trades and…

Boston Globe Next Stage For Duquette