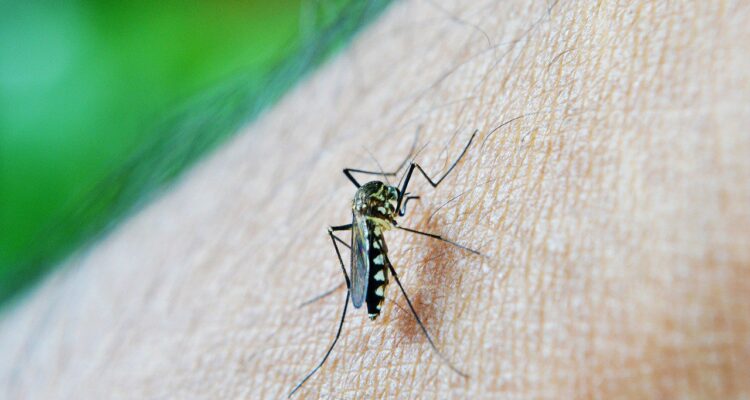 You have probably heard about some people often get bitten by mosquitoes. The common reason is because of body smell. Can mosquitoes smell? Well, regardless of the reason why do certain scents attract mosquitoes, scents can be detected by mosquitoes even up to a hundred feet away. Only female mosquitoes bite, but all mosquitoes have acute receptors.

You release a plume of carbon dioxide whenever you exhale. This plume acts like a visual pattern that mosquitoes can sniff to follow your whereabouts. Carbon dioxide is detected by the sensors around mosquitoes’ mouths. This is how mosquitoes can easily zone in on you.

Can mosquitoes smell people huffing and puffing after a workout? Mosquitoes attracted to carbon dioxide can easily detect if you emit more CO2. Pregnant women and larger people tend to be at risk for more bites because they produce more carbon dioxide than the average person.

Lactic acid is produced by the human body to convert carbs into energy. It is released through the skin during exercise. Outside the human body, lactic acid can be found in wine, yogurt, and fermented vegetables.

Aside from eating any food with lactic acid, being sweaty can mean releasing more lactic acid. If you enjoy working out, then wash up first before you stay outdoors.

The four main blood groups emit different scents. Studies show that mosquitoes are keen on feeding on type-O people. Type A’s tend to be not much of a favorite among mosquitoes. This is why mosquitoes attracted to type O’s is a no-brainer, and you won’t have much control over this.

If you’re headed outdoors to execute the best soccer fundraising ideas you thought of, do so with caution. Wear long-sleeved and light-colored clothes. Apply repellent to make sure you avoid being feasted on by mosquitoes.

Do certain scents attract mosquitoes? Yes, especially when you stink. Sweat gives off a certain type of scent and bacteria that makes the scent worse. Are mosquitoes attracted to sweat? Yes, and this is why you may be more exposed to mosquito bites, unlike someone who doesn’t get sweaty.

Athletes are more prone to get mosquito bites because they engage in high levels of activities. Sweating a lot is normal, may it be in rehearsals or actual matches. Protect yourself if you’re about to play in a match, especially that you never know how long a soccer game lasts.

Shower before going outdoors. Avoid getting stinky feet by scrubbing your feet during the shower and also by wearing fresh socks.

Apart from body odor, do certain scents attract mosquitoes? Mosquitoes love floral scents, may these be found in perfume or scented lotions. Avoid taking shortcuts when cleaning yourself. Don’t attempt masking body odor by using too much perfume. Just like learning how to be a soccer coach in the fastest way, you’ll quickly end up being the go-to person of mosquitoes.

Which Is Better, a Treadmill or Stationary Bike?
Buying the right equipment for your workout program begins with gaining knowledge about the different cardio machines. Which one is better for you?
Top 5 Best Soccer Fundraising Ideas