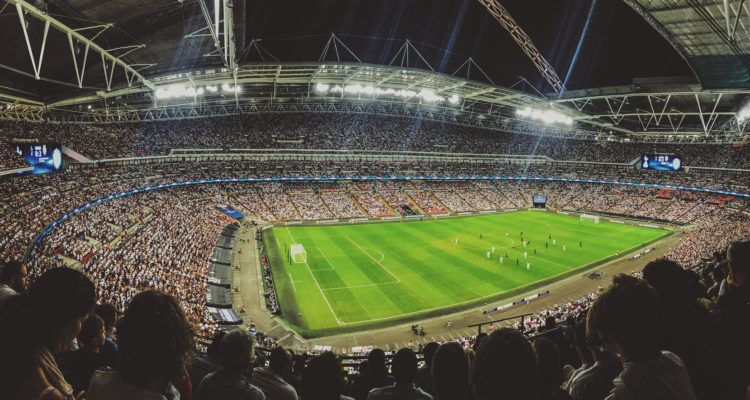 Unlike basketball or football, the clock is never stopped in soccer. The soccer referee usually monitors events during the game then adds playing time if there was any loss of time. For example, there could be soccer injuries and time would get wasted if a player has to be substituted. If it takes two minutes to get the injured player off the field, then two minutes will be added to the game at the end of the standard 45 minutes.

Sometimes the coach or team manager may also take some time to speak to a player and this ends up wasting playing time which needs to be added back.

Some leagues may get permission from FIFA to play for a shorter time. This is because the league players may be physically incapable to play for a full 90 minutes. An average player could run up to 10 miles over the course of a game. So, for leagues that involve disabled people, children, people aged over 35 or women FIFA could give permission for shorter game times.

If a game must have a winner but at the end of the second half the score is tied, then extra time would be added. Each competition is free to decide how long the extra time should be, but it must include two playing periods of equal time. The playing periods have to be less than 15 minutes each.

Sometimes the referee and the teams playing could agree to change the length of the game. This could be for reasons such as to avoid an impending storm, curfews, traffic congestion or simply to finish a game before sunset. Sometimes there may be special events like fundraisings that could require a game to be longer or shorter. As long as both teams and the referee agree before the game, and they stick to the competition rules then the time alteration is allowed.

As we have seen soccer game times can vary widely. A standard game will have two halves of 45 minutes each. However, based on injuries, the need to find a winner, and the type of players the time could be more or less than 45 minutes.

If you want to find out more information about soccer do read the rest of our blog.

Do certain scents attract mosquitoes? Yes, especially when you stink. Sweat gives off a certain type of scent and bacteria that makes the scent worse.

How to Become a Soccer Coach: The Fastest Way

The international popularity of soccer has made it a popular sport amongst American youth. Currently,…