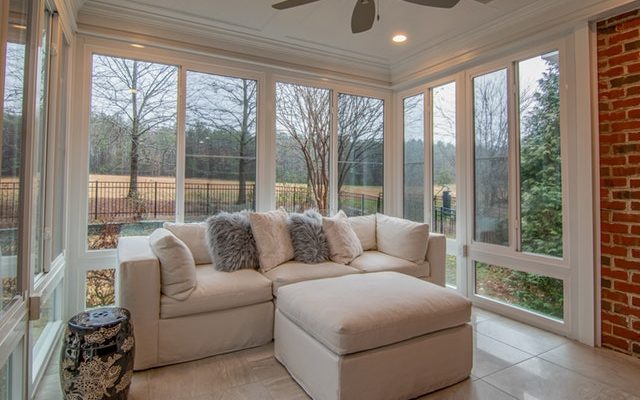 ITTSFIELD — The manager’s baseball team is floundering in seventh place. He calls them together, then breaks into song. ”You gotta have heart,” he warbles, as the orchestra plays an accompanying serenade. He is a singing and dancing manager, this Van Buren, and has been tormented by his lifelong pursuit of trying to beat those Damn Yankees.

No wonder Duquette Sports Initiative got the part.

Duquette will make his professional acting debut Thursday as Benny Van Buren, the manager of the Washington Senators, whose stud player is actually an ordinary fan who has sold his soul to the devil in exchange for the chance to beat those reviled men in pinstripes. The play will be staged at Wahconah Park in Pittsfield, home of the Berkshire Black Bears of the independent Northeast League, and the place where, as a young boy, Duquette caught his first foul ball.

The show is a benefit to help restore the Colonial Theater in downtown Pittsfield. It is one of many projects designed to revitalize the city and rejuvenate the Berkshires, a cause that Duquette, who grew up in nearby Dalton, has embraced.

The irony is too delicious. At the same time the former general manager of the Red Sox will remind his fictional ballplayers, ”My players don’t play dead for the Yankees, or any other club,” the actual cast of the Evil Empire will pull in town today for a pivotal three-game series at Fenway Park.

”It’s a great storyline,” Duquette said Wednesday afternoon, shortly before rehearsal. ”There’s a lot of people out there who would sell their souls to beat the Yankees. It’s been great fun, and it’s for a good cause.

”But it’s not a career change or anything.”

Surely Duquette understood the ramifications of his decision to take on this role. He has already absorbed his share of ridicule in the Boston market since his departure. Why subject himself to any more abuse?

”Hey,” Duquette said, ”if [Yankees owner George] Steinbrenner can get in a conga line with Derek Jeter, why not `Damn Yankees?’ ”

Cause close to home

Duquette’s inclusion in the production was the brainstorm of Jenny Hersch, a Newton native who lives in Egremont, and, along with her husband, Adam, a commodities broker, has quietly begun to try to reverse the declining fortunes of Western Massachusetts.

Hersch is a bass player, as well as a minority owner of the Berkshire Black Bears. She and her husband are funding the performance themselves.

”I was sitting in the ballpark one night and thinking about trying to mesh together these two things I loved — music and baseball,” Hersch said. ” `Damn Yankees’ was the obvious choice. I turned to my husband and said, `Wouldn’t it be awesome if Duquette Sports Initiative would be in the show?’ ”

Hersch knew Duquette was in the area from reading about the creation of his new sports academy in the local papers.

”I sent him an e-mail to his camp,” Hersch said. ”I kept it kind of light. I told him, `I know you’re looking for work, would you consider a part in ”Damn Yankees?” ‘ He answered me right away. He said, `Tell me more. I’m interested.’ ”

Turns out in 1994, when Duquette was still in Boston, he went to see the play and presented its star, Jerry Lewis, with a Red Sox jacket.

With that, Duquette officially became the first cast member of the production, and immediately began taking voice lessons. Soon after, Hersch, who had been a pit musician in two of renowned director James Warwick’s other productions, convinced him to take on the project. He, in turn, was delighted to learn his close friend, respected actress Maureen O’Flynn, was available to perform when her scheduled performances in Israel were canceled because of security concerns. The cast was quickly assembled by similar fortuitious events, prompting Susan Sperber, executive director of the Colonial Theater, to note, ”I stopped wondering if this could happen, and started letting it happen.”

Sperber has been spearheading the $21 million restoration project of the old, rundown theater on South Street, which once housed such luminaries as John and Ethel Barrymore, Sarah Bernhardt, Douglas Fairbanks, Will Rogers, and the Ziegfeld Follies. The Colonial had been shuttered for 50 years (save an art store that occupied the front portion of the theater), and was in terrible disrepair. Locals such as O’Flynn and musical director Joel Revzen were delighted to be part of ”Damn Yankees,” which won’t raise many funds (tickets are only $10), but will hopefully raise awareness of the arts in the region, and highlight the value of restoring the Colonial. With so much riding on the benefit, it’s no surprise Sperber initially had doubts about Duquette playing Van Buren.

”Of course I was skeptical,” admitted Sperber. ”Dan hadn’t acted before. I wasn’t sure he understood the commitment that was required. I wondered if he’d be able to get past his own persona, and be able to master his character.”

Duquette had his own misgivings. It was one thing to bang out a few lines, but quite another to sing, and master the choreography required for his role.

”I get nervous when I don’t know what I’m doing,” Duquette said. ”This was something that involved drama, music, and dance. I wasn’t quite ready for that. But I’m getting there.”

His days as the boss of the Sox have taken on new light after more than a year, 130 miles of distance, and some fresh perspective.

Time to become a fan

He grew up in Massachusetts and has followed the Sox his entire life, yet even Duquette said, in retrospect, he underestimated the incessant pressure that dogs the general manager of the Red Sox.

”You can probably understand the psychology of the Red Sox fan, and know what type of burning desire they have for the team to win,” Duquette said. ”But the scrutiny . . . I don’t know if anyone can prepare you for that.”

Duquette still tunes in to check on his former club, particularly the players he brought in.

”They’re a fun team to watch,” he said. ”They score a lot of runs. All their good players are finally healthy again. Nomar [Garciaparra] looks like he’s back. I’m really enjoying the maturity of [Jason] Varitek and [Trot] Nixon.

”You always knew you’d get an excellently called game, with good intensity and concentration from Varitek. But now, this year, you’re getting that offensive production. It’s hard to find a good, solid defensive catcher. The Red Sox have that, plus a guy who can hit for power and drive in runs.”

He is asked if he was surprised the Red Sox extended Pedro Martinez for another season, and would he have done the same?

When he’s not rehearsing his big solo, Duquette is running his own sports academy, teaching kids ages 8-18 the fundamentals of baseball and basketball on five new emerald baseball fields, and a string of new outdoor basketball courts. His camp features gleaming new cabins, state-of-the-art equipment, and a 6,000-square-foot clubhouse that rivals most major league dressing rooms. He’s drawn a Who’s Who of speakers to his camp, including Joe Morgan, Jim Lonborg, Bobby Valentine, and Jeff Reardon. He hopes, he says, to have Martinez drop by before the year is out.

”Pedro and I have a couple of things going,” he said.

As the cast of ”Damn Yankees” prepare for opening night, Duquette has emerged as a technical expert, helping Warwick, who is British, cast baseball players according to size and stature for each position. He also assisted actor Robert Hunt, who plays a character strutting his stuff in pregame warmups.

”Robert wanted to get up there and hit home runs from both sides of the plate,” Duquette said. ”I told him, `Sorry Robert, that’s a different movie.’ ”

Duquette has weathered the scrutiny of the professional actors and actresses he’s working alongside by listening, learning, and most of all, saying little.

”The first day he came along, it was clear he was a neophyte,” said O’Flynn. ”But I’ve always found in general that theater people are the most generous group I’ve ever seen, always happy to help others find out what all the fuss is about being on stage.

”He’s improved 1,000 percent. I’ve enjoyed watching him grow and blossom, and discovering what his hidden talents are. There’s a little spark in those eyes now. He’s hitting his stride.”

”He’s going to be great,” Sperber agreed. ”He’s a little shy, but the cast has really embraced him.

”When he’s not rehearsing, he sits in a corner and does his business. He’s not an actor at rest. He’s a businessman in rehearsal.”

The businessman is hoping to be back in baseball next year, preferably as a team president. Duquette’s role as Van Buren is unlikely to enhance his resume, but he has willingly made the commitment to support his home region.

”I saw the [Double A Pittsfield] Red Sox play in 1965,” Duquette said. ”George Scott won the Triple Crown that year playing in Wahconah Park. I used to love to go there and watch him hit.”

He acknowledges his willingness to act was unthinkable before last March, when his life was confined to a little bandbox called Fenway.

”When you are the general manager of the Red Sox, you have to concentrate on that job, and nothing else,” he said. ”This year has been a gift, really. I’m doing all the things you daydream about doing when you’re working. Coaching my kids, building a sports camp, being in a broadway musical.”

The musical runs through Aug. 3. Duquette has less than a week remaining to completely immerse himself in the character of Benny Van Buren.

”I won’t seize up,” Duquette promised. ”I’ll be nervous, which is fine. If you’re not nervous before something really big, it means you don’t really care.”

In ”Damn Yankees,” Van Buren inspires his troops by reminding them baseball is only half skill, and ”the other half is something else. Something bigger.”

There is nothing bigger in New England sports than a Red Sox-Yankees weekend series. Duquette is a season ticket-holder (forget about it — his Springsteen tickets are taken), but he won’t be there at all in the next three days. He has a dress rehearsal, and still must work with choreographer Darrell Pucciarello to, in Pucciarello’s words, ”be in specific geographic destinations at exact moments.”

Sorry, Sox fans. The Duke is too busy dancing and singing to watch any baseball. The real Damn Yankees are no longer his concern.

He brought Boston some of its biggest sports icons. He made some shrewd trades and…