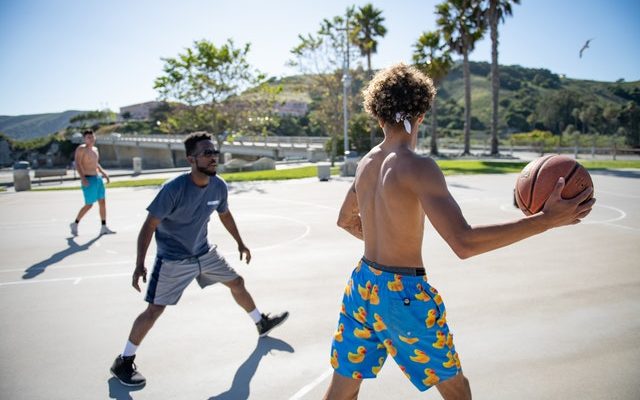 PITTSFIELD, Mass., Aug. 2 (AP) — The Red Sox may have fired Duquette Sports Initiative, but he has waltzed into a new job still trying to overpower Boston’s age-old rival.

This time, instead of going after the Yankees on the ballfield, Duquette is doing it as a song-and-dance man, playing the manager of the Washington Senators in a local production of “Damn Yankees,” the Broadway musical.

“This is my first try at anything in the theater,” Duquette, Boston’s former general manager, said.

He is taking singing and acting lessons to prepare for his role as Benny Van Buren, who inspires his team to win the pennant when he sings “Heart,” the upbeat song that became a hit for Eddie Fisher. “It’s a challenge,” Duquette said. “But it’s a lot of fun.”

If he gets stage fright or opening-night jitters, Duquette can fall back on his home-field advantage. Duquette, who grew up in Dalton, Mass., was 8 when his father took him to see his first professional baseball game at Wahconah Park, where “Damn Yankees” opened Thursday and runs through Sunday.

“I got my first foul ball at Wahconah Park,” he said. “It’s a nice place for a ballgame and a perfect setting for `Damn Yankees.’ “

The idea of staging the show, which won the 1956 Tony Award for best musical, in the 111-year-old ballpark came to Jenny Hersch last summer. Hersch, a minority owner of the Berkshire Black Bears, Wahconah’s home team, is also a bassist who plays in Berkshire-area theater productions, and she was looking for a way to blend her love of baseball and musicals.

Hersch enlisted the help of a director, James Warwick, who pitched the idea to an organization working to restore Pittsfield’s Colonial Theater, a century-old former music hall, vaudeville playhouse and movie theater.

In return for the Colonial’s support, Hersch pledged to give all the proceeds from the play’s $10 tickets to the restoration project. The cause helped her to attract top-notch professional actors, musicians and crew.

The production quickly became a community rallying point. Hersch gathered local talent from the Berkshires’ arts scene who were eager to breathe new cultural and economic life into Pittsfield, which hit a slump after General Electric laid off thousands of workers in the 1980’s.

Hersch figured that keeping ticket prices low and staging the play at a ballpark would help make theatergoing accessible to those who would not otherwise go to a musical.

“The only missing ingredient was a real baseball guy to be in the show,” Hersch said. “Duquette Sports Initiative made perfect sense. I knew he was out of work and returning to his native land, so I knew he’d be around and maybe available.”

Fired by the new owners of the Red Sox last year, Duquette built a sports camp in Hinsdale, Mass., not far from his childhood home.

His tenure as general manager was characterized by an often fractious relationship with the fans, the news media and his star players. Duquette has lain low since his unceremonious dismissal by the Red Sox, who are paying out the remainder of a three-year, $4.5 million contract that expires next January.

His biggest regret from his years in Boston? “I wish we beat the Yankees in ’99,” the year New York won the American League championship in five games over the Red Sox. “That was a series I always dreamed about, growing up.”

So when Hersch asked him in November to play the role of Van Buren, who enlists slugger Joe Hardy to win the championship over the Yanks, Duquette did not hesitate.

He was already a fan of the show, having given Jerry Lewis a Red Sox jacket in Boston when Lewis played Mr. Applegate in a 1994 Broadway revival. Applegate is the devil, trying to steal Joe Hardy’s soul in return for his hardball success.

“The only thing he asked me was whether he’d be able to say the line, `Those damn Yankees,’ ” Hersch said. “I told him he could probably say it a couple of times, and he said: `Well, that’s worth the price of admission alone.’ “

Duquette, who as general manager called all the shots, has taken direction on the stage. “Dan has had no trouble,” said Warwick, who called Duquette a “rather shy man.”

Duquette is reluctant to preview his singing performance, turning down a request to sing a few bars of “Heart,” with its opening line of “you’ve gotta have heart. . . .”

“A performer has to save his voice for performances,” he explained.

But his voice booms when he recites some of his lines in rehearsal. “My players don’t play dead for the Yankees or any other ballclub,” he belts out as Van Buren.

Whether his “Damn Yankees” role points to a new career direction, Duquette won’t say. He figures this was a chance to try something new and to give Pittsfield and the Colonial Theater project a shot in the arm.

“Besides,” he said, referring to a recent commercial featuring the Yankees’ owner and shortstop spending a night on the town, “If George Steinbrenner can get in a conga line with Derek Jeter, why can’t I do this?”

Do certain scents attract mosquitoes? Yes, especially when you stink. Sweat gives off a certain type of scent and bacteria that makes the scent worse.
This Post Has 0 Comments